Here at CoCredo we pride ourselves on providing a great service to our customers, and this has been recognised by our peers within our industry as well as the wider business community.

The team at CoCredo, were delighted to be finalists in not 1 but 4 categories at this year’s British Credit Awards.

The British Credit Awards recognise the standout achievements of the most deserving individuals, teams and organisations in the international credit industry.

Dan Hancocks, MD commented: “We were over the moon that the team have been recognised for their dedication to our customers and the credit industry during the last year. This was the 8th year we have made the finals and are proud to be nominated alongside some fantastic businesses within the industry and beyond.”

The ceremony was held at The Royal Lancaster Hotel, London on 24th March. Sadly we didn't take away any awards this year but we were proud to be nominated for so many

CoCredo was delighted to have been nominated for 2 awards at this year’s Credit Awards. The two categories we were shortlisted for are Credit Information Provider of the Year and Company Award for Business Continuity - Under 500 employees

The Credit Awards are highly regarded across the credit and financial services industries and recognise and celebrate innovation, best practice and the hard work of individuals, business divisions and pan-global conglomerates across the entire industry. 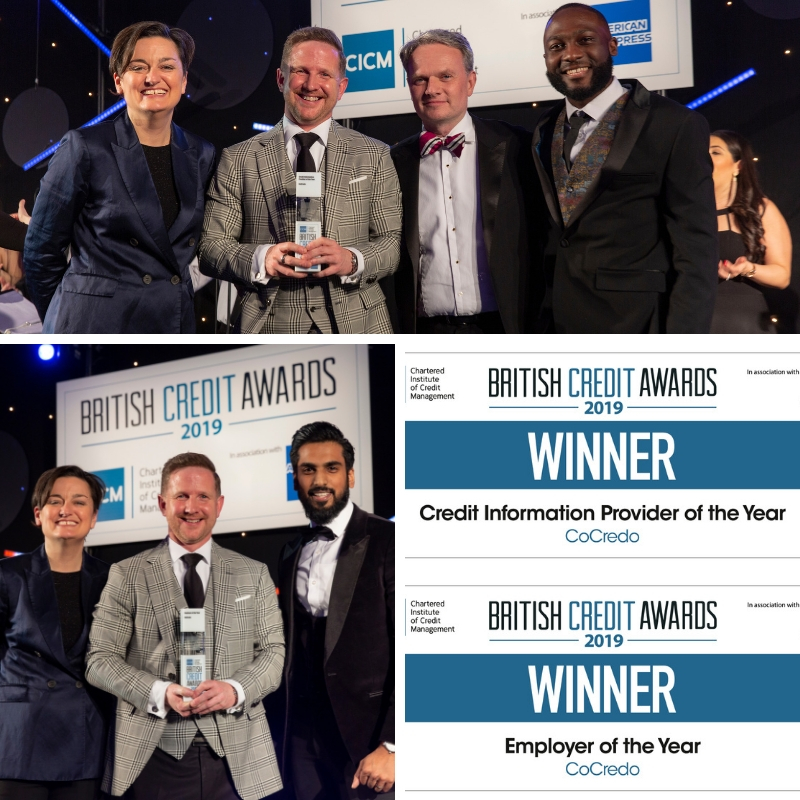 In 2019 CoCredo won two amazing awards at the British Credit Awards. These were the Credit Information Provider of the Year and Employer of the Year. Click here to watch us collect the award.

Up against some impressive finalists, we were very proud to win these 2 awards and celebrate with our peers in London.

The team at CoCredo were blown away by receiving not just one but 5 award nominations during 2020.

The nominations came from 3 different awarding bodies, which include the Credit Connect Awards where we were nominated in the Best Credit Reference and Information Solution and Technology Team of the Year categories. We were finalists in the Credit Awards for Credit Information Provider of the Year and Best Company to Work For; and finally, the Women in Credit Awards, where we were nominated in the Employer of the Year category. 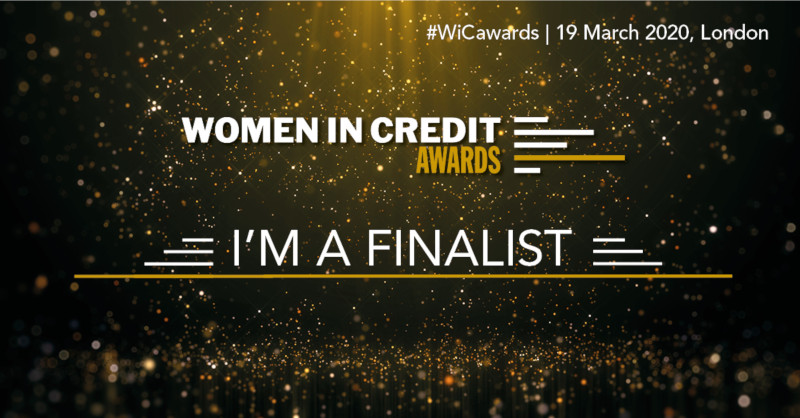 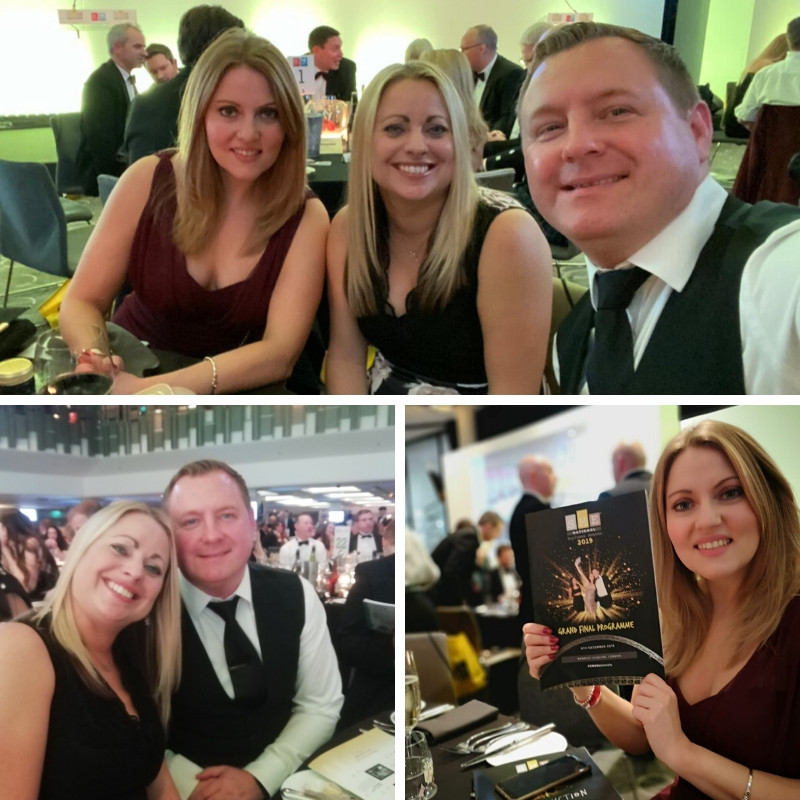 In 2019 we won the award for Business Innovation at the SME MK & Buckinghamshire Business Awards. Watch us collect the award at the ceremony.

These awards celebrate the achievements of local businesses in the Milton Keynes and Buckinghamshire area. Click here to read more.

Following on from this award we were then put through to the finals of the National SME Business Awards at Wembley in December. We were up against 14 finalists at the prestigious event in the Business Innovation category. Sadly we didn’t win this award but we were honoured to be part of it.

This year we are in the finals again, in the Business of the Year (less than 50 Employees) and Service Excellence categories. The Awards night is at the end of February. We'll keep you posted! Business Leader of the Year

We were pleased to announce that CoCredo's MD Dan Hancocks won 'Business Leader of the Year' at the Buckinghamshire Business Awards 2018.

The event was held at the Waterside Theatre in Aylesbury on 22nd May. This year category was judged by Craig Howells and Fantine Toussaint from Thomas International who came into the CoCredo offices to carry out interviews with Dan and the team. As part of the judging process, Dan also had to complete a behavioural assessment as well as the initial application. 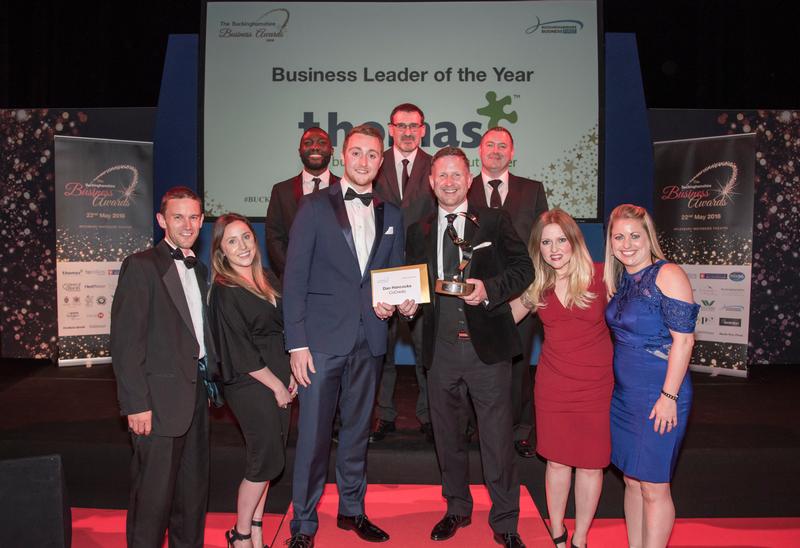 Technology Innovator Person of the Year

CoCredo's MD, Dan Hancocks was delighted to have been awarded Technology Innovator Person of the Year at the Credit Connect UK Credit & Technology Awards 2018. JaneBray, our Marketing Manager collected it on his behalf. CoCredo were lucky enough to be shortlisted in not just one but THREE categories:

Excelling at the Buckinghamshire Business Awards

In 2015 CoCredo was named Company of the Year at the Buckinghamshire Business Awards, alongside picking up the award for 'Excellence in Customer Service."

Small Business of the Year

In 2014 we were recognised as the Best Small Business in Buckinghamshire. This award recognised the passion our team has for supporting our customers and providing them with the best possible service.

Buckinghamshire is full of incredible, energetic and inspiring companies so we are thrilled to have been recognised with this award.